I encountered a situation on my last SSIS project in which I needed to be able to populate the query in lookup with a where clause that referenced a project parameter. This wasn’t something I had ever needed to do in the past, so I had to do a bit of digging to figure it out. Luckily, I found this post by John Welch, which led me in the right direction. I’m posting my steps in detail here both to help anyone else trying to figure this out and also so I have it for reference should I need to do this again.

I already had a project parameter for the required confidence score.

So I made a package-level variable to hold the query for the lookup that referenced the project parameter.  Then I set the lookup property to use that query.

I created a variable in my package to hold the query for the SSIS lookup which referenced the project parameter in the where clause. (The scope was the package and the data type was String.) 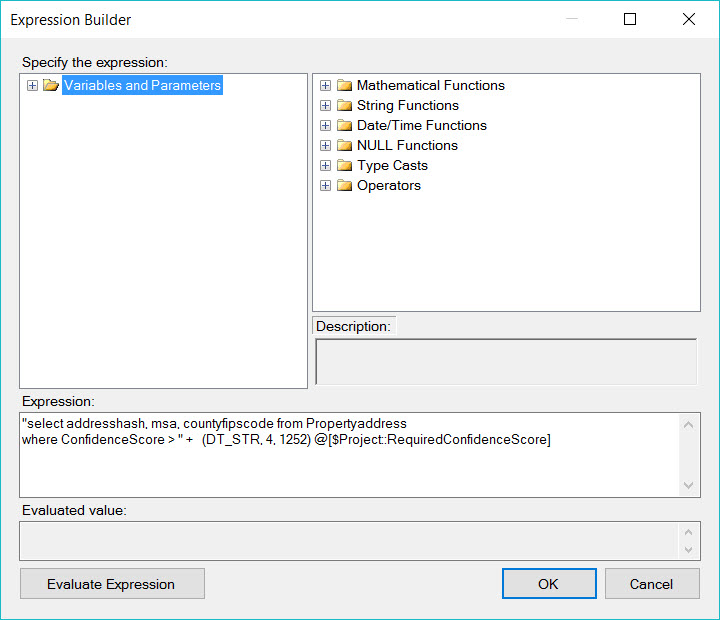 I already had my data flow populated with the lookup for MSA. I set it to full cache and entered a query in the connection to initially populate the fields that would be returned (simply my lookup query without the where clause).

Next, I opened the data flow properties, located Expressions and clicked on the ellipses to open the Property Expression  Editor. I found the SQLCommand property for my MSA lookup and set it to my package variable that contained my query. 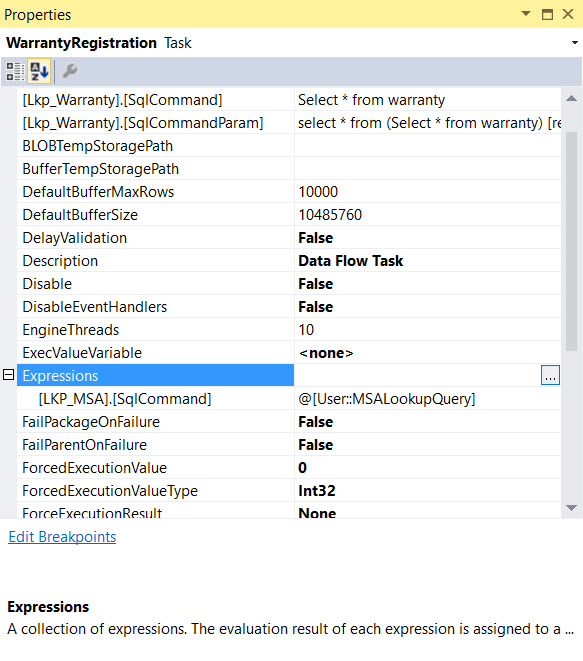 Since I had BIDS Helper installed, I could see that I had an expression set for the lookup as denoted by the pink glyph.

And that’s all there is to it.

I could have avoided the extra variable and put the lookup query directly into the property expression, but I prefer having the variable to reference instead of digging through the properties.

View all posts by Meagan Longoria